Prior to joining KDLM, Joseph served as a prosecutor in the Brooklyn District Attorney’s Office. He acted as lead counsel on numerous trials and investigated and indicted hundreds of crimes. Joseph then went on to represent some of the largest developers and construction managers in New York State in general liability and construction accidents before deciding to pursue a career in personal injury, representing individuals involved in catastrophic accidents.

Joseph’s practice combines a breadth of experience working on a variety of general liability and medical malpractice cases with a depth of pursuing justice and restitution for people who have been injured. He takes pride in his ability to develop meaningful relationships with clients and their families based on empathy, trust, and hard work. Joseph assertively advocates for individuals and their families who have suffered physical and emotional pain at the hands of others and helps them on the path to rebuilding their life. 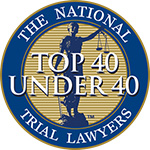