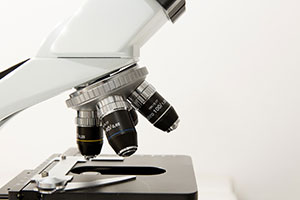 When you go to a doctor for a regular checkup or with a concern — whether it is a suspicious symptom, a nagging complaint or a sudden pain — you expect that doctor to practice good and appropriate medicine. You rightly expect the doctor to take a full medical history, to properly and completely examine you, to order the full range of appropriate tests and then read the results carefully. All of those components when combined diligently and properly result in what doctors refer to as a differential diagnosis: This is what is probably the problem. And from there, the doctor will prescribe the appropriate treatment and care.

Unfortunately, doctors sometimes miss a step. They might fail to listen carefully; not conduct a full physical examination; miss a key symptom; fail to order an important test; misread an X-ray, MRI, CT scan or blood test; or simply fail to put the pieces together carefully or completely.

At KDLM, Our New York medical malpractice lawyers we have handled hundreds of cases involving failure to diagnose. No two are exactly alike. Judy Livingston won a $13,000,000 verdict from a Manhattan Supreme Court jury on behalf of the family of a 43 year old New Jersey woman who died as result of a bowel perforation caused during an operation to remove a benign polyp from her colon at NYU Langone Medical Center. As her condition worsened in the four days following the procedure, doctors failed to diagnose the injury which eventually led to sepsis and her death. The case was brought by her husband and three young children.

Here are more examples of the range of problems of failure to diagnose cases that our lawyers represented:

Failure to diagnose is an all too common problem in hospitals and doctors’ offices. If you or a loved one has been injured by what you believe is a failure to diagnose a serious condition or a delay in treatment, talk to us. Our lawyers, medical staff, investigators and paralegals understand the challenges of bringing a successful medical malpractice action based on failure to diagnose. We will discuss your situation with you in complete confidence and there is never a charge for a consultation.