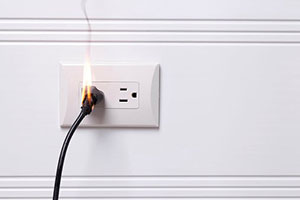 Every year thousands of people - adults and children alike - are seriously injured or killed due to unsafe products that find their way to market. Product designers, manufacturers, and distributors all have a responsibility to protect the public from purchasing and using unreasonably harmful products that can potentially cause serious injury.

When an individual purchases a product, they trust that they will be safe while using the product as intended. Product liability is a term used to describe the legal responsibility a company has toward an individual injured by using one of its products, and covers a broad range of instances that can occur when a product’s safety is compromised and leads to personal injury.

Kramer, Dillof, Livingston & Moore (KDLM) has a solid track record of successfully representing people who have been injured by defectively designed or improperly manufactured products. If you or a loved one has been injured by a dangerous product do not hesitate to reach out to our team of experienced product liability attorneys.

What is a Defective Product?

A defective product is any type of consumer good that does not function as intended or causes unexpected injury or illness. Each defective product claim is unique and requires complex legal strategies, investigation, and discovery. Cases can be complicated by the statute of limitation laws, multiple defendants, and high-pressure insurance companies.

KDLM has the experience and resources to help you seek compensation for product liability injuries involving a variety of defective products including:

When products do not function as intended, they have the potential to cause catastrophic injuries. These injuries can range depending on the nature of the product and what caused the injury. Common injuries that are a result of defective products include: 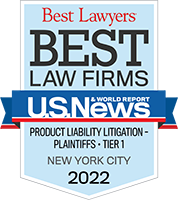 Government regulations require companies and manufacturers to make products safe, guard against foreseeable hazards, and warn consumers about potential hazards if the product itself cannot be made safe. Laws surrounding the sale and distribution of unsafe products can vary by state and defective product cases are known to be complex as a number of parties can be held responsible for the negligence. Finding an attorney who is experienced in product liability law is important to your case.

Despite the laws and regulations set forth by the United States Consumer Product Safety Commission (CPSC) in an effort to protect the public against unreasonable risks of injury associated with consumer products, dangerous and defective products continue to reach consumers. The CPSC records data trends in product-related injuries and fatalities, reports nationwide recalls and educates the public on how to protect yourself and your family from potentially dangerous situations. The CPSC reports that in New York in 2021 there were over 600 deaths caused by consumer products and thousands more instances of injury.

What Damages can be Recovered from a Product Liability Lawsuit?

Injuries caused by defective products can be catastrophic and the resulting medical costs mount quickly and are often extensive. The company, manufacturer, and even the distributor can be considered at fault for a defective product and can be held financially responsible for damages caused by their product. If negligence caused personal injury, the potential damages include:

KDLM has represented a number of product liability cases in New York with successful outcomes. Our attorneys understand how to approach such cases and have the resources to conduct thorough investigations and stand their ground against large insurance companies with the goal of recovering the highest possible amount in damages for their clients. Some standout cases include:

Living in the 21st century, we might expect the products that reach our shelves to be properly designed and manufactured without dangerous defects. Unfortunately, products are recalled regularly due to dangerous design flaws, packaging concerns, and safety hazards.

If you or a loved one has been injured by what you believe is a faulty product design or manufacturing error, talk to us. Our New York personal injury lawyers, investigators, and paralegals understand the challenges of bringing a successful product liability action. We will discuss your situation with you in complete confidence. Call us today at (212) 267-4177.