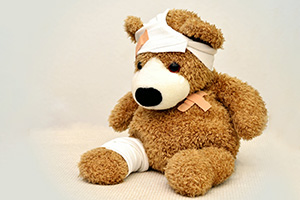 The diagnosis can be devastating and overwhelming for parents who must begin coping with their child's lifelong condition. Families of children whose cerebral palsy was directly caused by a doctor's negligence are entitled to compensation for medical expenses, pain, suffering and additional expenses associated with accommodating the child's special needs.

Many factors can cause cerebral palsy or brain damage. Among them are:

If your child has cerebral palsy and you suspect that a doctor or other medical professional is at fault, it is critical to speak with an attorney who has significant experience in cases like yours. Kramer, Dillof, Livingston & Moore has a national reputation for expertise and success in representing families who have suffered injuries related to cerebral palsy and brain damage.

KDLM is a national leader in medical malpractice and personal injury law, with a notable track record in brain-damaged baby cases. We have obtained more than 120 million-dollar verdicts and over $1 billion in settlements for our clients. Let us put our experience, resources and reputation to work for you and your family.