What Is Premises Liability? 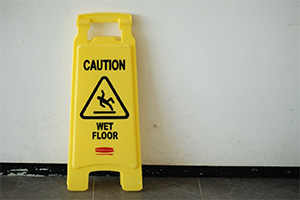 Premises liability involves personal injury cases in which a person has been harmed by dangerous or defective conditions on someone else’s property.

In 2011, Hedges was shopping at the East River Plaza Mall in Manhattan’s Harlem neighborhood when two teens threw a shopping cart over the railing of a fourth-floor landing. The cart fell 79 feet and landed on Hedges, nearly killing her and causing lifelong brain injuries. Marion Hedges and her family were eventually awarded $22,275,500.

However, the entire incident could have been avoided had the mall owners and their security personnel taken some very basic measures to ensure their public space was reasonably safe. The owners had previously been warned of what official court documents called “a recurring hazardous condition”—namely that of youths throwing objects from great heights at the mall. For example, just 20 days before the Hedges incident took place, teens threw a shopping cart down an escalator. Hedges’ lifelong injuries, which include cognitive difficulties, limited balance and vision, and incontinence, are the direct result of negligence on the part of the landowners.

Such negligence is a key part of any premises liability case. Getting injured on another person’s property does not automatically mean the other party was negligent. For a case to be considered premises liability, the injured party must be able to prove that:

Another illustrative example is Anastasia Klupchak vs. First East Village Associates, another case KDLM argued. In 2008, former NYU student Anastasia Klupchak fell through an unguarded opening in the fire escape platform of her friend’s Manhattan apartment. The accident severed her spine and left her paraplegic.

The defendants—First East Village Associates—moved for a ruling that the fire escape was not in violation of any law. But a 1949 law specifically prohibited this type of fire escape on any building, and there was no provision in the lease agreement that said tenants could not hang out on the building’s fire escape—a common activity in New York City.

KDLM Partner Matthew Gaier cross-moved and obtained a ruling that the fire escape was in fact unlawful, and the Appellate Division agreed and affirmed the latter ruling. Tom Moore subsequently tried the case and obtained a jury verdict in excess of $29 million.

More recently, KDLM secured $2.8 million for the injuries and wrongful death of a 41-year-old woman who was crushed to death as the result of an elevator malfunction. The malfunction itself was due to negligence of the elevator repair company and improper maintenance by the building manager.

In 2021, KDLM’s Carmine Rubino obtained a $3 million settlement for the injuries and wrongful death of a 16 year-old boy who died after falling down an elevator shaft in an abandoned building.

What all of these cases have in common is that the victims’ injuries—and in one case, death—were the direct result of negligence on the part of building owners. These cases and many others underscore the importance of holding landowners responsible for the safety of their own properties. When these individuals or companies fail to take the necessary actions to guarantee that safety, everyone is at risk.

If you have suffered an injury because of someone else’s carelessness with their property, please reach out to us today to discuss your case.