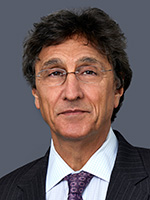 At a law firm of KDLM’s size, Matt Gaier’s ability to devote the vast majority of his time to appellate work, writing briefs and arguing appeals, contributes directly to the firm’s prominent success.

Gaier argued Applewhite v. Accuhealth, Inc. in the Court of Appeals (New York State’s highest court), which held that the plaintiffs were entitled to establish at trial that the New York City Fire Department EMTs owed a special duty to a 12-year-old girl who was having an anaphylactic reaction and in respiratory distress. Tom Moore tried the case and a jury found that a special duty was owed, that the City was negligent, and that the plaintiffs were entitled to $172 million in damages.

Gaier argued Desiderio v. New York Hospital (tried to verdict by Tom Moore) in the State’s highest court, the New York State Court of Appeals, which upheld the largest judgment ever to a single plaintiff in the history of the State – $28.9 million. The decision also upheld principles of statutory interpretation on which Gaier had previously prevailed before the Court of Appeals in Bryant v. New York City Health & Hospital Corporation (tried to verdict by Judy Livingston). These decisions led to changes in the state’s structured judgment statute, affording even greater protections to malpractice plaintiffs throughout the state.

Gaier argued an appeal in Klupchak v. First East Village Associates, which involved a young woman who was rendered a paraplegic when she fell off of an illegal fire escape in the defendants’ building. When the defendants moved for a ruling that the fire escape was not in violation of any law, Gaier cross-moved and obtained a ruling that it was in fact unlawful. The Appellate Division agreed and affirmed that ruling. Tom Moore subsequently tried the case and obtained a jury verdict in excess of $29 million.

Gaier wrote the appeal for Reilly v. Ninia, a medical malpractice action on behalf of a child who sustained neurological injuries at the time of her birth. During the trial, the plaintiffs rejected an $8 million settlement offer, after which the jury returned a verdict in favor of the defendants. The Appellate Division agreed with the plaintiffs that the verdict in favor of the hospital was unfairly reached and that a new trial was required. Tom Moore then retried the case, twice. In the final trial the jury found the hospital liable and awarded the plaintiffs $130 million.

Gaier has handled numerous other appeals involving children injured by medical malpractice around the time of their birth, including Sence v. Atoynatan, Manuka v. Crenshaw, and Martelly v. New York City Health and Hospitals Corp., each of which sustained damages awards in excess of $11 million.

In wrongful death cases, Gaier argued the appeal in Lee v. NY Queens Hospital (which was tried by Judith Livingston), where the Appellate Division affirmed an award of $3.75 million for three and a half days of pain and suffering, in addition to wrongful death damages of nearly $2.5 million. He also argued Capwell v. Muslim (another appeal from a jury verdict obtained by Judith Livingston), where the Appellate Division sustained $3 million for the decedent’s 11 months of pain and suffering and $1 million for her husband’s loss of consortium during the same period, in addition to wrongful death damages which would be determined in a new trial.

Gaier is the co-author of the three-volume treatise New York Medical Malpractice (Revised Edition), a definitive compendium of the law applicable to medical malpractice litigation in New York. His familiarity with the law finds another audience in the regular column he and partner Tom Moore co-author for the New York Law Journal. The book and the column are resources used by countless attorneys throughout the state regarding issues of medical malpractice. He has also lectured on a variety of subjects for various lawyers’ associations.

Gaier has also been recognized by Super Lawyers, Best Lawyers of America, and The National Association of Distinguished Counsel, which has included him as a member of the Nation’s Top One Percent of attorneys. In 2019, Gaier was honored by Best Lawyers as Lawyer of the Year in product liability in the New York area.

Gaier graduated from George Washington University, Washington, D.C., with distinction in 1983, and from New York University School of Law, with a J.D. degree in 1987. 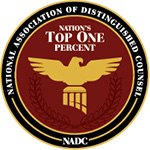