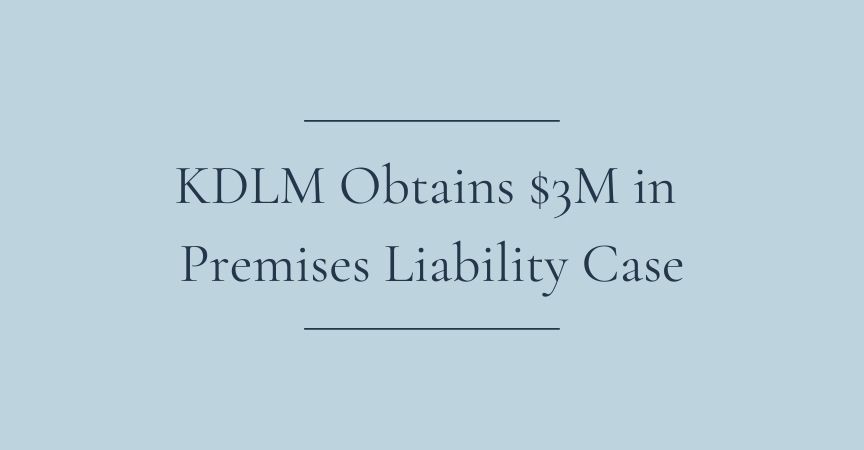 KDLM Managing Partner Carmine Rubino obtained a $3 million settlement on behalf of the family of a 16-year-old boy who fell down the elevator shaft of an abandoned hospital and died.

The defunct hospital, located on Staten Island, was owned by the City of New York and slated for demolition. To do that, New York City contracted with a demolition company.

As part of that contract, the demolition company was required to take security measures to prevent people from trespassing. Although the City sent numerous notices to the contractor concerning deficiencies in this regard, no action was taken and the property remained accessible. Witnesses told news outlets after the accident that it was commonplace to see teenagers slipping through the fencing to hang out in and around the derelict building.

On October 9, 2015, the 16-year-old boy met friends on this property to hang out instead of going to school. They played a game of “cops and robbers,” during which the plaintiffs’ son wandered into a hallway and fell several stories down an elevator shaft. Authorities were notified of the accident after one of the boy’s friends finally told his mother. When emergency services arrived, they found the boy dead.

Forensic analysis indicated that the fall lacerated the left centrical of the boy’s heart, but that there was no head trauma and he would have been conscious for between three and five minutes after the fall.

Had proper security measures been put in place at the property, the boy and his friends would have never been able to access the hospital in the first place.

During depositions, Rubino was able to get many admissions from the demolition company, establishing negligence in its failure to provide proper safety at the site, as well as violations of its contract with the City.

The case was complicated by the facts that the boy was trespassing on the property, was found dead on arrival, and that there were no eyewitnesses to testify to establish that he had conscious pain and suffering. Regardless, the demolition company had clearly violated its obligations to keep the premises reasonably safe by taking appropriate measures from entering the dangerous property, and the medical evidence established that he experienced pain and suffering. The entire incident stands as a noteworthy illustration of how complex the area of premises liability litigation can sometimes get.

The case was mediated before a judge in New York City and settled for $3 million.

KDLM is dedicated to ensuring premises liability victims and their families receive the compensation and peace of mind they rightfully deserve. If you have suffered an injury because of someone else’s carelessness with their property, please reach out to us today to discuss your case.