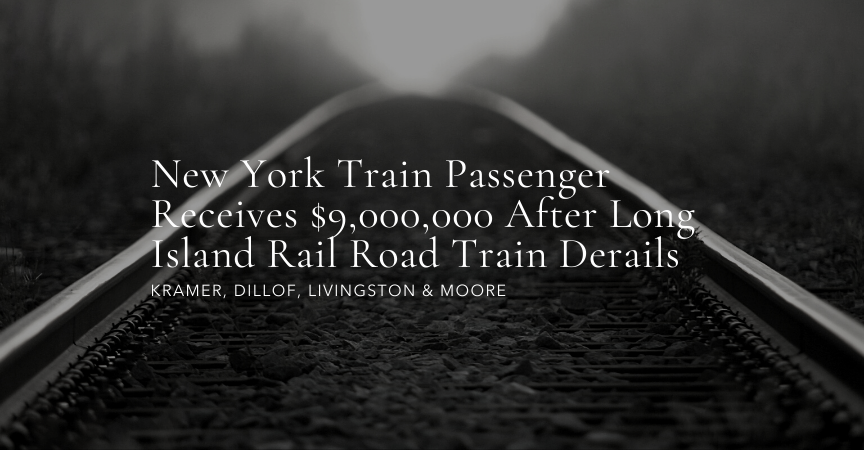 On October 8th, 2016, a 52-year-old female attorney rode the Long Island Rail Road commuter train that was traveling eastbound, between the village of New Hyde Park and the hamlet of Garden City Park in New York. The train crashed onto an eastbound track-maintenance train and the commuter train derailed.

The victim suffered serious injuries on her legs.

The lawsuit alleged that railroad company—The Long Island Rail Road—was negligent in its operation and maintenance of both its trains and tracks, and that the railroad’s negligence caused the accident.

New York train accident lawyer Thomas A. Moore of Kramer, Dillof, Livingston and Moore negotiated on her behalf. The train company’s insurer agreed to pay $9 million for her injuries.

If you or a loved one has been injured in a serious train accident, contact our New York train accident lawyers. We can discuss your accident with you in complete confidence, and there is never a charge for a consultation.