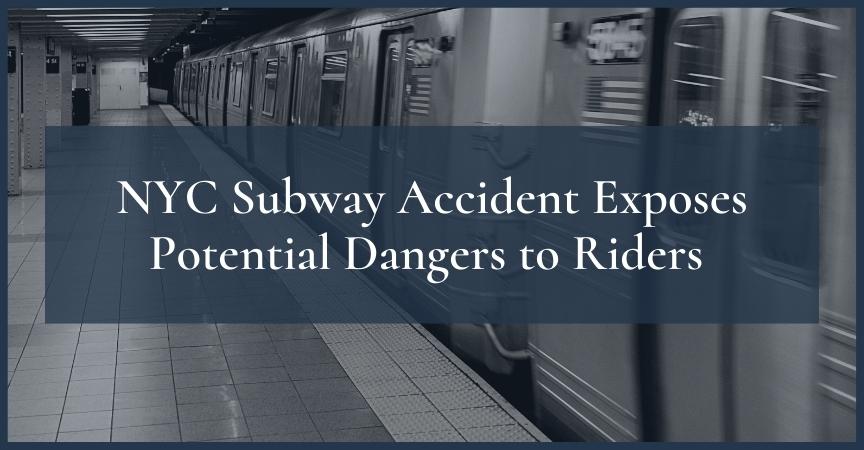 A New York City subway rider was killed in a train incident just before midnight on Wednesday, June 15, 2022, at the Avenue M station in Midwood, Brooklyn. This accident was as needless as it was tragic.

The New York Times reports that as the man exited a Q train his pants became caught in the doors, which caused him to be dragged along the platform and thrown onto the tracks by the departing train. The New York Daily News shares that another train was pulling into the station directly behind the incident but was able to stop before hitting the injured man. NYPD confirmed that the commuter died on Thursday at the Maimonides Medical Center.

Incidents of this nature should never happen. Unfortunately, however, they are far too common in New York City. According to The City, a non-profit NYC news source, The Metropolitan Transportation Authority (MTA) collected data on 169 train accidents involving people in 2020, 63 of which were fatal. In February 2019, a pizza-maker on his commute home was killed when he was dragged by into a tunnel by a departing train.

For New Yorkers, the subway system is an integral part of public transportation with MTA estimating their daily weekday ridership to be upwards of three million passengers. As a massive number of riders utilize the subway every day, it is imperative that safety measures are in place and followed despite the fast-paced culture of the city. Accidents involving passengers being trapped in train doors and injured when the train moves are not only preventable, they should never happen

The law office of Kramer, Dillof, Livingston & Moore has a long track record of handling serious train accidents throughout New York City and elsewhere. Our train accident attorneys understand the negligence involved in causing such accidents, and the tragic impact these accidents can have on the victims and on their families including loss of life, medical expenses, lost wages, and life-long disability, among other challenges.

In 2016, KDLM train accident attorney Thomas A. Moore represented a female Long Island Rail Road commuter who sustained multiple fractures when the eastbound commuter train she was riding collided with an eastbound track-maintenance train, causing the commuter train to derail. The woman’s lawsuit was settled for $9,000,000. KDLM represented many passengers on the AMTRAK Philadelphia crash, including the Naval Academy Cadet killed in that crash. KDLM is currently representing a man who was trapped in a subway train door, which led to him falling onto the tracks and causing his arm to be severed.

If you or a loved one have been injured or killed in a New York train accident, please contact us today by filling out this online form or calling (212) 267-4177.