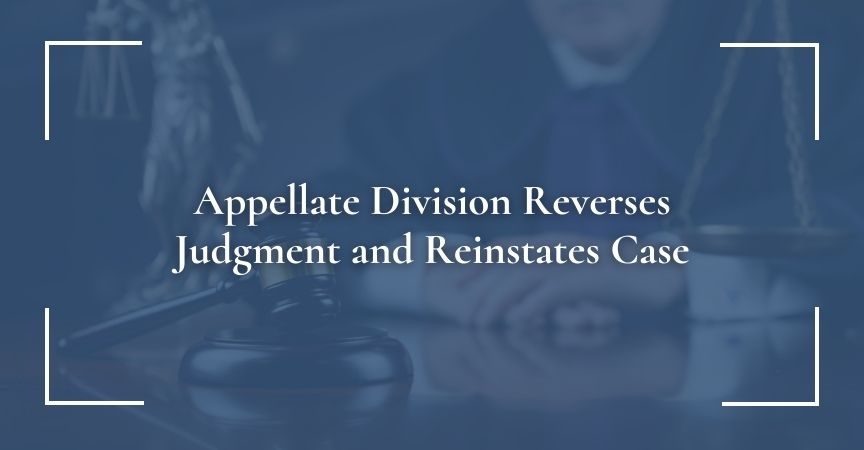 The Appellate Division of the New York State Supreme Court found that the defendants in a medical malpractice action, including a surgeon, an anesthesiologist, and a hospital, were erroneously granted judgment dismissing the claims against them. The action involves a 50-year-old woman who was undergoing a procedure to remove a vocal cord polyp, during which she suffered severe anoxic brain damage and died 10 days later. The action was dismissed by the trial court after the defendants moved for summary judgment. That decision was appealed by KDLM attorneys Matthew Gaier and Pani Vo, who demonstrated to the appellate court that issues exist pertaining to the defendants’ liability that are required to be resolved by a jury. The appellate court agreed, and the patient’s family will now have their day in court.

As with this case, the complexities involved in medical malpractice actions can often be confusing and lead to mistaken and unjust results. Reversing those results requires painstaking efforts. This case required the review of literally thousands of pages of medical records and deposition testimony as well as highlighting the most important pieces of evidence for the appellate court to understand why the lower court’s determination was in error. The KDLM lawyers battled three teams of defense lawyers through a lengthy appellate process to set the record straight and correct this injustice. The defendants may now be held accountable by a jury.

The determination showed by Matt Gaier, who argued the appeal in the Appellate Division, Second Department in Brooklyn, New York, highlights his dedication to KDLM’s clients. Matt devotes the majority of his practice to appellate work, writing briefs and arguing appeals on behalf of victims of medical malpractice, defective products, and other negligence.

Lawsuits can take years to find a resolution for wrongdoings – especially in cases of personal injury and medical malpractice that involve thorough investigation and layers of testimony. The attorneys at Kramer, Dillof, Livingston & Moore have decades of experience preparing for and litigating complex medical malpractice cases to successful verdicts and settlements. To schedule a consultation, contact our firm today.