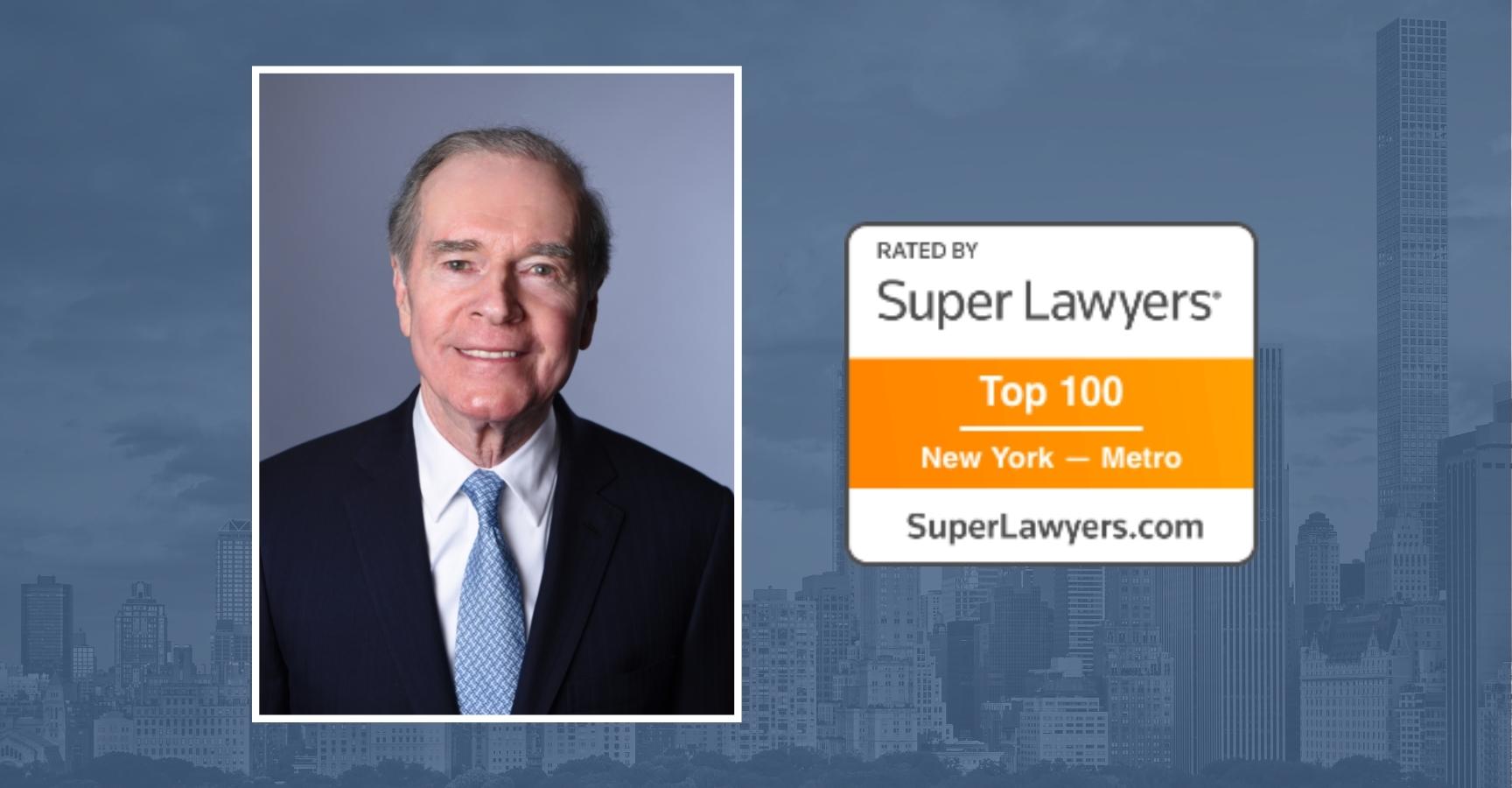 Tom has been listed to Super Lawyers consecutively since 2006.

Super Lawyers’ selection process includes peer nomination, peer evaluations, and independent research. Selections are made annually, on a state-by-state basis. The compiled lists are created to highlight outstanding lawyers in multiple practice areas that can be used as a resource for attorneys and consumers searching for legal counsel. No more than five percent of the lawyers in the state are selected by the research team at Super Lawyers to receive this honor each year.

Tom Moore was named the National Law Journal’s “Lawyer of the Year” not just once, but twice. He has been named to the “Top Ten” list of attorneys in New York multiple times in the last two decades. In the American Legal Media Medical Malpractice Hall of Fame, Tom had four of the top 25 cases; more than any other attorney. Two of those cases were the second and third largest verdicts in New York history.

Tom has been repeatedly included in Lawdragon as one of the Top 500 Lawyers in the country and included in their Hall of Fame. He has been recognized by Best Lawyers® in their Best Lawyer in America list since 1989, being named “Lawyer of the Year” multiple times in that publication as well.