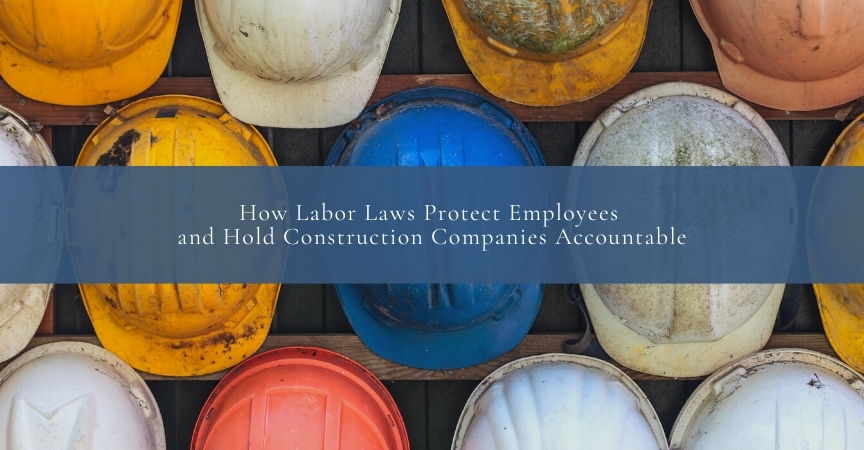 The New York State Labor Law, as well as various other governmental regulations, are crucial to ensure both the safety and proper compensation for countless workers throughout the state.

That’s especially true when it comes to industries such as construction, where the physical safety of workers is paramount and one missed detail can lead to a catastrophic accident that causes serious injury and even claim lives. Consider the July 2020 scaffolding collapse in Manhattan’s Murray Hill neighborhood, where at least three people were injured and one killed due to potential violations of the applicable laws and regulations, including potential violations of New York’s “Scaffolding Law,” which exists to prevent accidents of this very nature.

Numerous construction projects are underway every day in New York City, and, unfortunately, we often read stories of companies cutting corners in the name of profit and at the expense of their employees’ well-being. The Labor Law exists to prevent these abuses and hold companies involved in construction accountable.

The New York State Industrial Code imposes extensive requirements for the safety and protection of workers, some of which can establish liability if violated.

On a national level, the Occupational Safety and Health Administration, also known simply as OSHA, has regulated workplace safety since the 1970s. OSHA sets and enforces the standards for safety in the workplace across many industries, from construction to agriculture to maritime and many other areas. New York operates its own OSHA-approved State Plan that covers state and local government workers. (Employees of private sector companies in New York are covered by federal OSHA.)

Even with federal, state, and local regulations, many companies still attempt to skirt the laws in order to cut costs. Construction sites are a prime example. Inadequate scaffolding structures, decaying buildings, and poorly maintained equipment can all pose a danger to workers.

If you are physically injured on the job because of someone else’s negligence, you have a legal right to file a claim for damages like medical bills, lost wages, and pain and suffering. However, prepare yourself for a fight: construction companies’ insurance providers approach such cases armed with robust legal resources and will fight your claim at every step. Your best approach is to hire an attorney with proven experience in successfully fighting construction accident cases.

At Kramer, Dillof, Livingston & Moore (KDLM), we take employees’ rights very seriously and fight fiercely when it comes to getting individuals the compensation they deserve in the event of an accident or injury. If you or a loved one has been injured on the job, reach out to us today or call (212) 267-4177 to discuss your case.